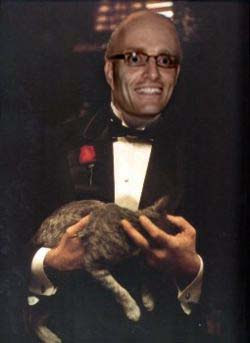 Today is an exciting day for several reasons. Aside from the transition of power which has captured not only the attention of the nation but also the world, there is a much smaller transition which has captured the attention of a small corner of the interwebs: 48 Minutes of Hell is moving to a new location. From this day forward we will no longer be operating at blogspot and will only be publishing material at 48minutesofhell.com.

The second and equally if not far more exciting development is that 48 Minutes of Hell is proud to announce that we are a member of a new network being launched by ESPN. Entitled the TrueHoop Network, it was pioneered by the minds of Henry Abbott and Kevin Arnovitz and will include several of the best NBA blogs available. Check them out.

In the meantime, set a bookmark to www.48minutesofhell.com.

Really happy about 48 Minutes getting the ESPN treatment. As a fervent Spurs fan, I feel that of the several blogs covering this great team, Graydon and Tim have the best insight, commentary, and analysis of the Silver and Black(such as The Sincerity post). I actually found this site through Pounding The Rock, which in my opinion is really disorganized compared to the other SBnation team blogs. Anyways, keep up the good work and may the Spurs play match the quality of your coverage!

Just wanted to drop a few words to congratulate you guys for moving, and moving up. This is certainly a quality blog that deserves more exposure, and hopefully being part of the ESPN blog network will provide it. Again, congratulations.

And yes, as C said, PTR is a mess. But when I come back from my vacations I'll start plugging your new site like a madman. That's something. :)

Although it has nothing to do with your post, I'll be THAT guy and observe I've a fair idea of the specific dead tree from which your Godfather lift was sourced. Cheers. Or should I say, "Spurs"?