Its saturday, so instead of expending any meaningful energy on the topic of basketball, I'm just gonna throw up a post about my favorite b-ball related t-shirts. There is some classic/hilarious clothes being made out there, so I figured I'd give a little overview of what I thought was the best.

If you're talking sports T's, you gotta be talking No Mas. No Mas is an excellent sports blog that focuses on a lot of different sports: Boxing, Tennis, Soccer, baseball... But its not just good sports analysis (although I will say right now, nobody does better boxing commentary than my main man Large). Their main schtirck is sports history. I mean these guys go deep. Its the type of collective memory dredging that really only a Philadelphian and a New Yorker could pull off. They also make great T-shirts. I actually own a couple. And some of the best are basketball shirts:

This one is obviously a throwback to the old University of Houston team. Clyde "the Glide, Hakeem "the Dream", Benny "the Bomber from Bernice", these guys were sick. 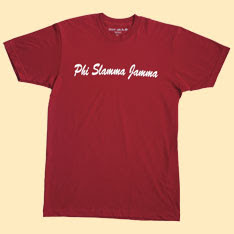 Next up is an Homage to Patrick Ewing. If you want to know why KG has nightmares, just talk to Ew. 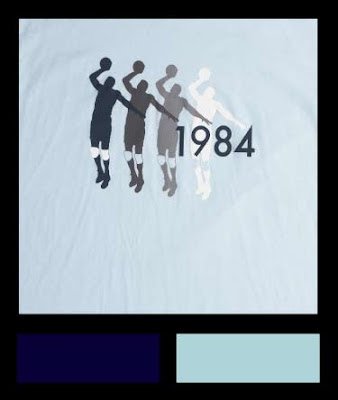 And Obviously if you're talking about the history of basketball, you gotta have a shout out to the original Big Cactus.

And last but not least, the coolest many to ever step on the hardwood. The man with the mothership connection. Darryl Dawkins: 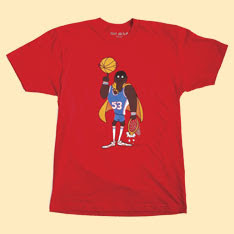 Next up is the men at FreeDarko. Aside form writing the most obtuse yet entertaining commentary on basketball ever, they also make acouple of pretty slamming shirts.

Obviously the original FreeDarko Tee is a classic:

And, like many of us did, they went through a pretty sizeable Gilbert Arenas phase (to admit I am still in my Gilbert Arenas phase, as will become increasingly evident as this post continues). For those of you who may not know, the first is a reference to "swagger" as in when Gil started rating the swagger of other players, i.e. "his swag is phenomenal." The latter is the tattoo Arenas sports on his chest and the text is Cuban slang for "trickster". 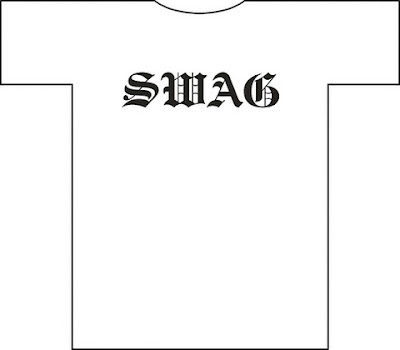 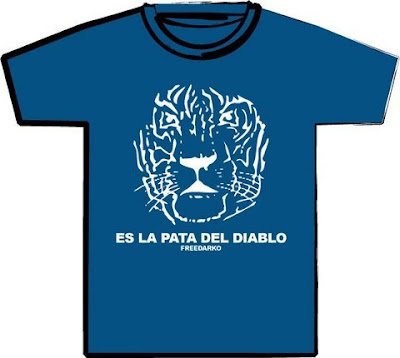 They also have some great shirts featuring old logos from the ABA and the old school midwest divsion when the Kings were still in it. If you want to see, go check out the site.

And lastly, Mothering Hut. These guys are D.C. guys, so there is a pretty big Wizards slant to what they do, but when you got Caron Butler, Antawn Jamison, and Gilbert Arenas on your team, ain't nothing wrong with that. (Let's not forget DeShawn Stevenson Either): 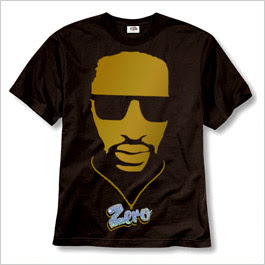 But they also have a keen eye for those little pieces of NBA cultural history that slip through the cracks. Take this shout out to the best spectacles ever to be donned on the hardwood.

And last but not least, A shirt that if I explained what it meant, it would ruin it. If you don't know, you gotta ask somebody, because this is the most on point piece of clothing I have ever seen. But seriously: 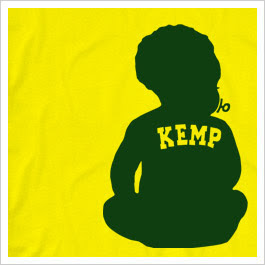 Links to all 3 sites are listed on the right, so if you wanna support the sports blogging community and cop yourself one, go for it.
Posted by Graydon at 3:44 PM